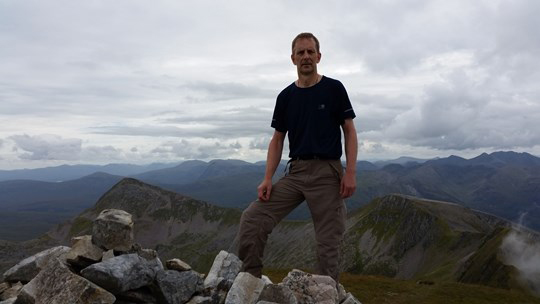 Travelling with a Urostomy

Before my stoma, I would travel without any thought. Whether I needed to get a plane or bus, drive or cycle, it never required much forward thinking. In December 2010, I had stoma surgery after being diagnosed with bowel cancer. My lifestyle has changed significantly in the last few years, and now I need to travel more than I did before, using various forms of transport.

Managing my urostomy away from home

After my surgery, the first long cycle that I attempted was a 68 mile one-way journey. Usually, I have to empty my pouch every couple of hours, and I knew I needed to stay hydrated, so I expected to have to stop regularly. Hydration while exercising is important, especially for stoma bag wearers, so there was no alternative but to stop. To my surprise, I found that my output was reduced during exercise, so in the six-hour cycle, I only had to stop once.

As well as cycling, I enjoy long car journeys, though these also come with challenges. One drive I completed was from Edinburgh to Land’s End. I felt daunted at the prospect of having nowhere to empty my bag between service stations, but I found a clever solution. I put a night bag under my car seat and connected it to my usual pouch. With this, I found I could drive for hours without needing the loo! I only had to stop every three hours, and that was for a rest and a cup of tea!

I’ve started to use trains and buses lately, and luckily I have found that they all seem to have toilets. My longest train journey was around six hours and my longest bus ride was two hours. With amenities available, they have been pretty relaxed.

Maybe my most adventurous form of travel has been the flights I’ve taken. Because my pouch doesn’t need to be emptied for around two hours, a short plane journey doesn’t phase me too much. If I do want to have some extra reassurance, I attach a leg bag. I was once selected for further searching at security, but the staff were very polite. I told them that I have a urostomy and that I was wearing a leg bag so they would be aware of what any lumps and bumps were. After the standard patting down, they waved me on my way.

After my urostomy, I thought it would be difficult to manage travelling. I have developed a few tricks to make it a little easier, but really, it doesn’t hinder me.