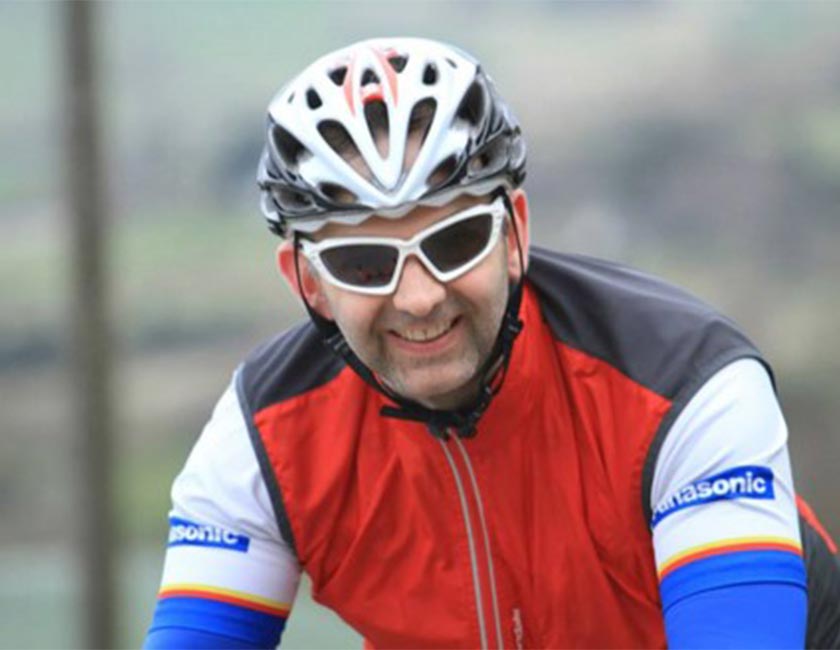 Cormac Allen was 38 when he had his ileostomy formed. He had suffered with ulcerative colitis (UC) since he was in his teens and at a routine scope in 2014 he was advised that he had a T3M0N0 tumour in his colon and that removal was the best way of both getting rid of the cancer and the UC. Working now as a Chartered Structural Engineer for a small construction consultancy firm in Tullamore, Ireland, Cormac says living with a stoma is “not anyway restrictive, it can be life enabling in so many ways. I wish I had my surgery years ago.”    Cormac sees himself as “a very positive person and I feel that having a stoma, although some might think it is a very severe reaction to certain conditions, was the right choice for me. My life has changed for the better because of my stoma and I want to help where I can, others who are having difficulty in getting on in a positive manner with their new life with a stoma.”

Cormac lives in Ireland with his partner Anne Marie, their daughter Caoimhe and his three bicycles (“you could say I like to cycle!”). Even when he was ill with UC and had a low iron count, he could still manage a 100km cycle. Cormac is also a big sci-fi fan much to the embarrassment of his partner – “I’m tempted to learn Klingon” ;)

At times it can be mentally and physical testing, but the positives outweigh the negatives tenfold. Its great!