An active man who loves the outdoors, Bill O’Donnell’s ileostomy didn’t stop him from forging ahead in his career, pursuing his passion for volunteering or becoming a Jeopardy champion.

Bill O’Donnell will be the first to admit that he’s led a blessed life. Even after a diagnosis of Crohn’s disease in 1987 –and ileostomy surgery three years later—Bill considers himself a regular guy who’s led an extraordinary life.

He had dropped out of college and was in the process of getting his life together when Crohn’s disease hit. “I was already a college dropout,” Bill says, “but the whole Crohn’s thing taught me not to be a quitter. It really turned my life around.”

Bill then decided to follow his love of the outdoors, and pursued a career with the National Park Service. He also pursued his degree, and in 2000, while working as a Park Ranger, he earned a bachelor’s degree in History—some 20 years after starting college the first time.

In total, Bill spent 30 years with the Park Service, serving as a National Park ranger in eight different parks, including Yellowstone and Everglades National Park, Shenandoah National Park, and most recently, at the Ozark National Scenic Riverways in Missouri. He retired in 2014.

The great thing about Youth Rally is that these kids aren’t different when they’re at camp; everyone has an ostomy. They get to put that aside and just focus on being kids.

“My favorite part of the Park Service was working with the kids,” Bill says. His job involved teaching children about nature, both at the park and in the classroom. He spent about nine months each year in community and school outreach, taking animals into the classroom to teach children about the wonders of nature. The local children came to know him as “Ranger Bill.”

And Bill’s love of history and trivia led him to try his hand at TV game shows. In 2001, this die-hard trivia and history buff set his sights on Jeopardy.  “Before my surgery, I didn’t have the confidence to try out. But the surgery gave me the courage to give it a shot.” Bill won two games, earning $28,000 in cash and a trip to Aruba.  A few years later, he appeared on Who Wants to be a Millionaire. “That didn’t turn out quite as well,” Bill admits with a laugh. “I didn’t win the million but I made some great memories.”

Since his retirement, Bill hasn’t slowed down much at all. He’s putting his 27 years of medical training with the National Park Service to good use as a volunteer member of the Shannon County First Responders. “This is a remote area near a town of only 600 people that gets nearly half a million tourists each summer,” Bill says. “With that many people, accidents are bound to happen. There’s no ambulance here, so first responders provide medical care until an ambulance arrives from the next town. And it can take up to an hour for an ambulance to get here.” In 1999, while driving home from work, Bill encountered a car with eight passengers fully engulfed in flames. “In all my years of volunteering on the rescue squad, that’s the scariest thing I’ve ever done. But the combination of adrenaline and training kicked in, and before I even realized what was happening, I was able to save a life.

Another of Bill’s passions is Youth Rally, a summer camp for teens living with an ostomy. He serves as a camp counselor each summer and raises money for Youth Rally the rest of the year. Last year, he raised over $3,000 and is on track to raise $5,000 this year.* “The great thing about Youth Rally is that these kids aren’t different when they’re at camp; everyone has an ostomy. They get to put that aside and just focus on being kids. They can talk about it if they want, but they don’t have to. It’s a source of strength and incredible power for kids dealing with something that no kid wants to deal with.”

As far as the future goes, Bill is happy doing exactly what he’s doing … volunteering, spending time with his wife Julie and son Paul, and staying outdoors as much as he can. He enjoys hiking, camping, canoeing, keeping bees, travelling with his wife and reaching out to other ostomates. “If I can help someone, I absolutely will,” Bill says. “I know how scary going through ostomy surgery can be, and for me, getting the message out that having an ostomy will not limit your life is important.”

Bill continues to prove, every day, that having an ostomy doesn’t mean living a life with limitations!

*If you want to help Bill raise funds for Youth Rally, go to https://www.firstgiving.com/fundraiser/bill-odonnell-2/rangerbill-2016

“If I can help someone, I absolutely will,” said Bill. “I know how scary going through ostomy surgery can be, and for me, getting the message out that having an ostomy will not limit your life is important.” 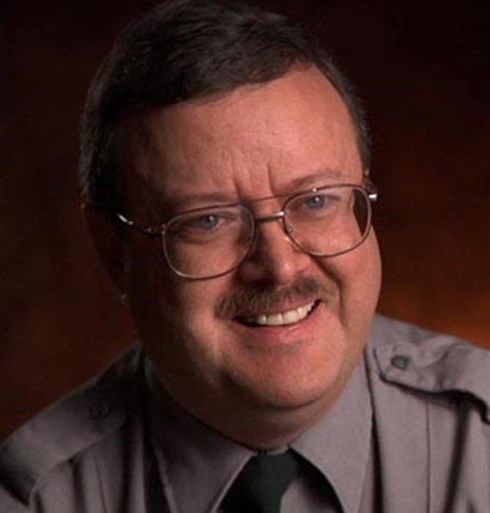