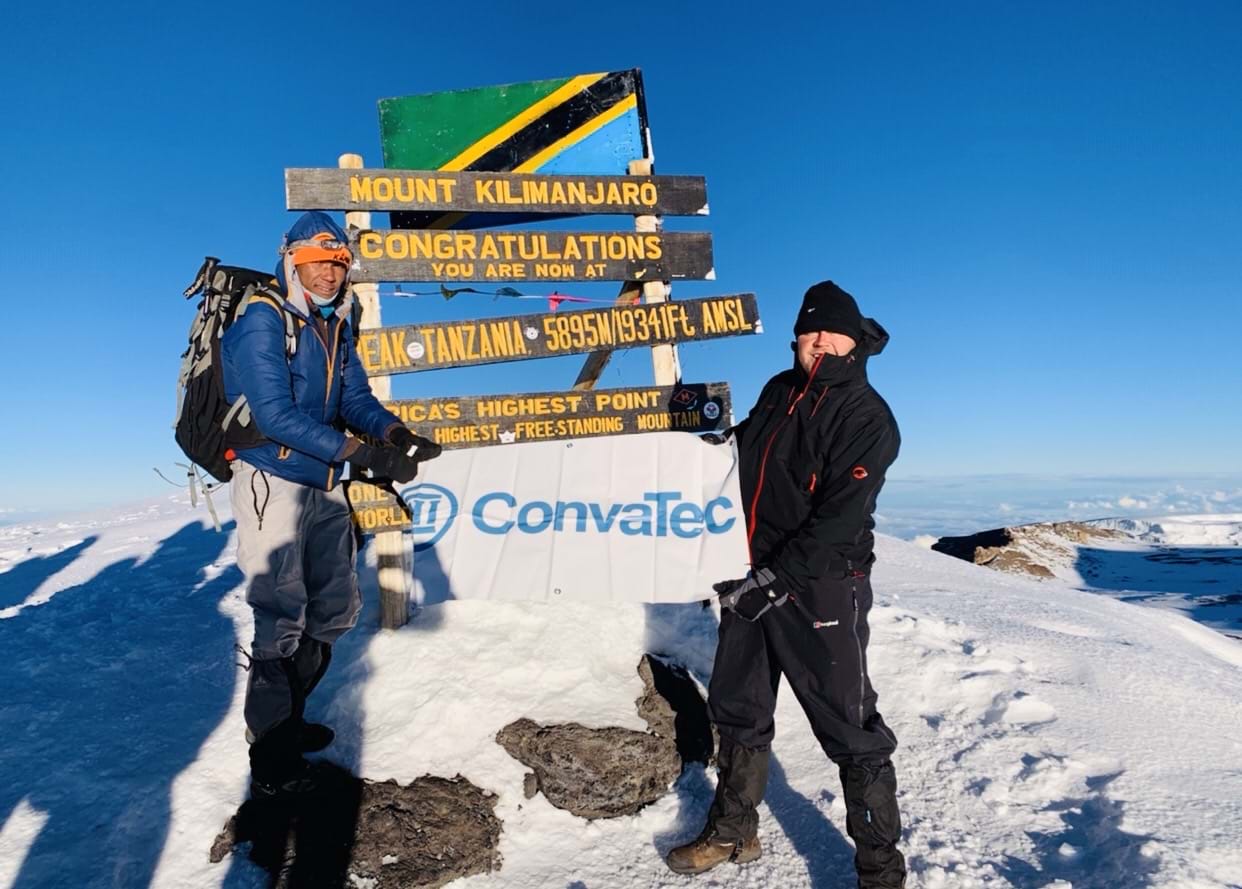 My stoma story by Glen Neilson.

When you beat cancer and learn to live with a stoma, you can scale any challenge.

I’ve had my Ileostomy since 2001. Back then, I was in my early twenties and living my dreams in the Royal Navy on-board a nuclear submarine. It wasn’t the best place to fall seriously ill, but then I’ve never done things by half!

I was air-lifted off to hospital for tests and eventually given the news no-one wants to hear.

‘Mr Neilson, I’m sorry to say that you have thyroid cancer.’

I think anyone who hears the C-word fears the worst, but I was mightily relieved when told that they’d caught it early, were going to remove it and there was a very high survival rate.