Ryan Decker's life went from “zero to sixty in the blink of an eye.”

Although he had developed stomach problems in his late teens, Ryan Decker was otherwise a healthy, active young man. At 26, he was a newlywed, had a great job, and—living in Denver—enjoyed a wide range of outdoor activities. From mountain biking and hiking, to running and ATVing, he and his young bride were just starting their journey together. But things were about to change. After seven months of fissures, fistulas, infection, fevers and excruciating pain, Ryan and his wife, Carly sought medical answers. Four failed surgeries later, Ryan’s doctor recommended an immediate ileostomy. Three days later, it was done.

While doctors and WOC nurses worked hard to heal his body, Ryan credits his faith in God, the love of a wonderful woman and a support system of family and friends for his emotional healing.

"There were so many crazy things to deal with in such a short amount of time. I wondered if I’d be able to ever hike, run, travel or sit in a hot tub again. And what about my job?"

“Having a strong support system—both at the hospital and at home—has been the key. My wife was a rock. Family and friends raised money to help with bills; they made meals, walked our dog, grocery shopped and even painted our house. My boss extended my paid sick leave to nine months and kept my job open for me. It got me through a dark and uncertain time.”

Today, Ryan is back at work as the Director of Partnership for Healing Waters, a nonprofit organization that provides water-treatment systems for impoverished countries. He travels to such places as Haiti and the Dominican Republic, teaching people about sustainable water systems. “This is my dream job,” says Ryan. I love helping people make a better life for themselves.”

Married almost four years now, both Ryan and Carly have dedicated their lives to service. Because of Ryan’s illness, Carly is pursuing a nursing degree and plans to get her WOCN certification. Ryan has established a blog at ReachingforFringe.blogspot.com to provide support and resources for those facing an ostomy. Together, the couple started a blog to help other young couples who are trying to navigate marriage in the midst of chronic illness.

And last year, Ryan and Carly were blessed with their first child, a son named Gideon.

Ryan admits that his toughest challenges may not have been the physical ones. “Initially, my biggest challenge was my faith. I asked God ‘why.’ I came to understand that we are not promised an easy life, but God allows us to go through things to show us how to love and serve others. My faith and my hope for the future are stronger now than ever.”

While doctors and WOC nurses worked hard to heal his body, Ryan credits his faith, the love of a wonderful woman and a support system of family and friends for his emotional healing. 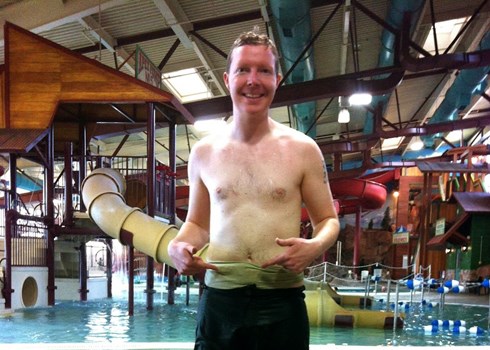