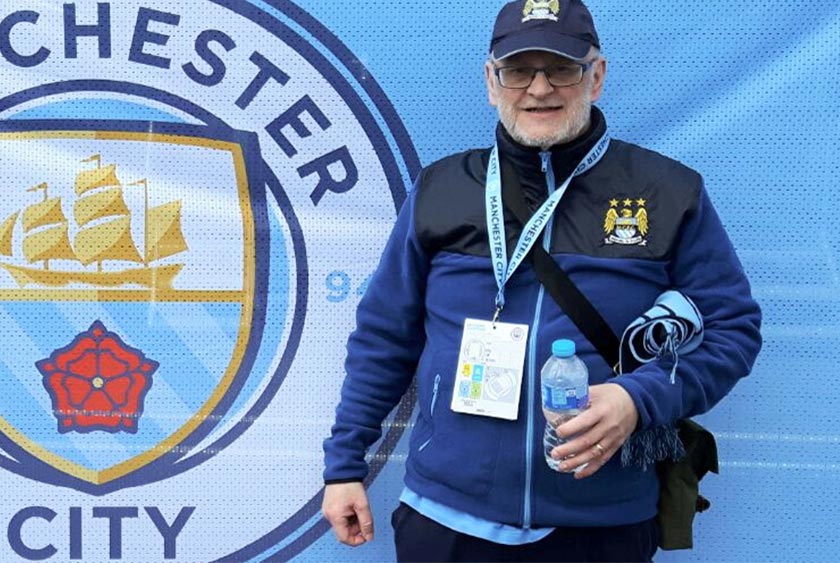 John lives in Rochdale with his wife, Carolyn and has three children, seven grandchildren and four great grandchildren. His interests include photography, paleoanthropology and politics.

John, 63, had an operation in January 2016 to remove a tumour in his bowel and had a permanent colostomy created.  John says “As one door closes another one opens! Homer (my stoma) has enabled me to survive so it’s a friend that I must pamper occasionally as he can be a bit tetchy.”

Although John had to give up work as a Community Development Officer due to being exhausted after chemotherapy and further surgery, he plans to look for work again once fit and well. At that point he also hopes to get a pack on his back again and get up the mountains. “I may do a sponsored mountain walk for my first one after my brush with cancer.”

John is the Vice Chairman of the Fusiliers Association in Rochdale and enjoys meeting up once a month with other members of the ex-forces community. He has also supported Manchester City since his father took him to a match when he was four. “I attend as many matches as I can at the Etihad stadium with my friends and family, I also enjoy meeting my brother for an afternoon in the Manchester Northern Quarter where we like to ensure the local bars are up-to-scratch.”

To use the words of Carl Jung, the famous psychoanalyst, John Rodgers believes “I am not what happened to me, I am what I choose to become.”