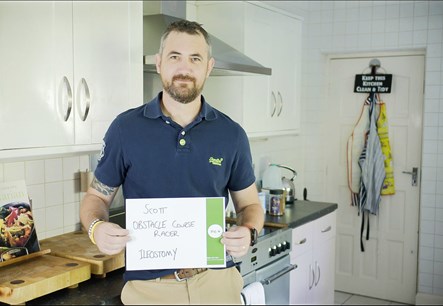 My Life with a Stoma: Taking Back Control

The beginning of my story came in 2007, on the day I received my diagnosis. I was told that I had ulcerative colitis, and shortly after received the news that I had bowel cancer. To survive, I would need a stoma.

At the age of 28, I was facing the news that I had a life-threatening disease. This was the worst day of my life. I actually found the cancer easier to come to terms with than the fact that I would need an ostomy. In the UK, around half of the population will be diagnosed with cancer at some point in their lives. Unfortunately, cancer is a word that everyone recognises. The ostomy was different. I had never heard of an ostomy, and I personally found it difficult to accept.

I suppressed a lot, both physically and emotionally, until I hit rock bottom. When I reflect on that time now, I see that the turning point didn’t come when I was diagnosed or had my surgery, but when I was at my lowest. It was then that I decided that things needed to change. I didn’t want to be a victim any longer. I wasn’t a patient now, I was a survivor. I would no longer be a passenger in my life.

I am more active now than I ever was before my stoma surgery. I’m more adventurous and more willing to push myself physically and mentally. A stoma is life-changing, but it doesn’t have to end your life. So far, I haven’t come across any challenge that my pouch has stopped me from doing. A lot has happened over the last 5 years. Without my ostomy, I would never have met so many amazing people or pushed myself to do so many amazing things. For me, my stoma was just the beginning.

Strangely, I have a lot to thank my ostomy for.