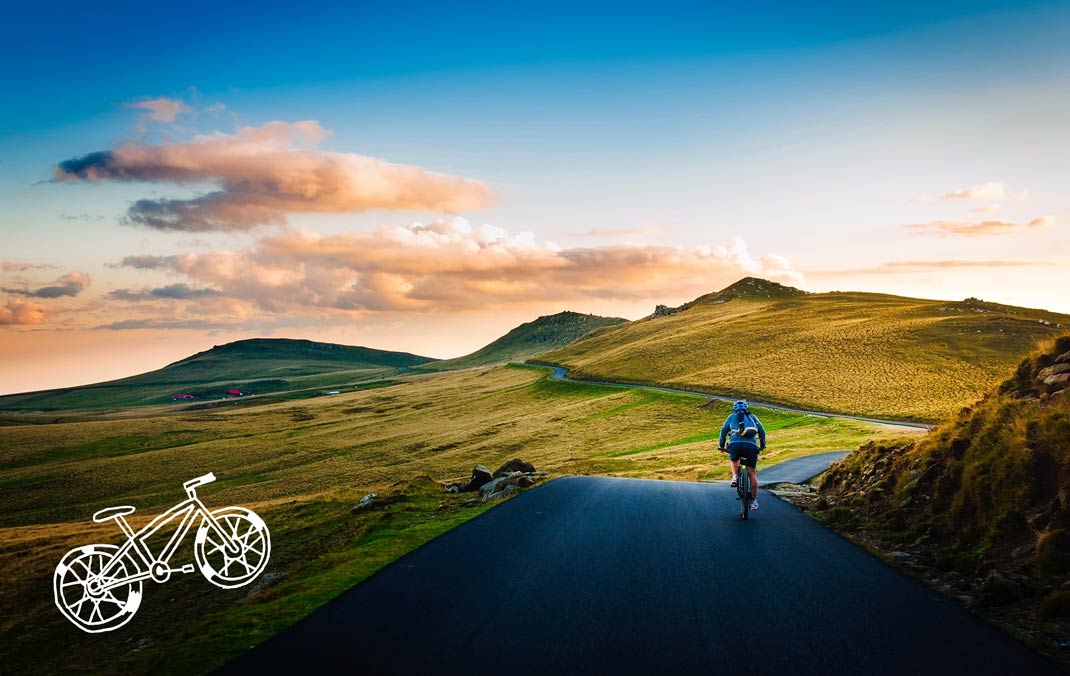 You may think that having a stoma means you can’t go cycling, but this certainly isn’t the case. Tim Egerton is a perfect example of this. During a routine bowel screening, doctors discovered a cancerous polyp in Tim’s bowel, which had to be removed and resulted in Tim having a temporary stoma for six months. Whilst it took a little while for Tim to get himself fit again, he didn’t let having a stoma stop him from doing what he loved.

Tim said: “I had two options, I either left it and risked getting cancer or have the operation to remove the polyp, I had to do the sensible thing, even though I was anxious about the operation.

“After I had the surgery I went through all the emotional highs and lows you’d expect. Relief in the first instance, I had to grow and learn to live with having a stoma, as I had no idea at that point whether it would be temporary or permanent. I didn’t want to be defined by my stoma and so I wanted to carry on doing the things I did before.”

Tim had always been very fit and active right up to his operation, and is a daily cyclist as well as a Karate Instructor.

"I have a low BMI and was quite proud of my fitness levels and appearance. I remember the first time I looked at myself in the mirror after the operation – to be honest I cried. I just had to pick myself up and try to take back control.”

As a keen cyclist, Tim was eager to get back on his bike, and he started cycling eight or nine weeks after his operation.

"I live in Bronte country where you’d be hard pushed to find flat routes, so it was hills or nothing!", Tim said.

"I clearly remember the first time I got my bike out, I remember sitting poised looking at the hill in front of me and feeling determined not to be beaten by it!

"My first ride was 6 miles, there is no denying it was hard. It was a slow start, but I got there in the end, nothing was going to stop me.”

What to wear whilst cycling with a stoma

There were a few things to consider before I set off on rides. What to wear? How to carry my stoma supplies, what if the bag comes of if I sweat? As long as you are prepared it is all doable.

When cycling with his stoma bag, Tim wore normal bib shorts and a cycling top, as well as a hernia support belt which he felt disguised the fact that he had a stoma bag.

“One of the things I found helped restore my confidence was the hernia support belt. Even though I didn’t actually have a hernia, my nurse recommended it more because she knew it helped me mentally rather than needing it physically.  This meant I could get back into my work trousers and it helped me look good in my Lycra!

"I never experienced any chaffing from the bag whilst cycling and it didn’t cause me to get sore or get in the way of my movement."

A typical cycling journey for Tim is around an impressive 45 miles, with his longest ride being 65 miles as part of the Sue Ryder event, where he says he didn’t even have to even stop to change his bag.

“I mostly cycle alone because I just love the freedom and it gives me a bit of time to myself, I prefer to choose routes around the lanes rather than the main roads," Tim said.

Where did you store your supplies whilst out on your bike?

When out on a ride, Tim took his stoma supplies with him - including spare bags, spray, wipes, spare underwear, all in a container which he stored in the same place you would store your water canister on a bike.

“The brand I used is called Fabric – it fits easily on my bike and was discreet.”

What if you needed to empty your bag whilst out on your bike?

Tim said he stopped opportunistically at pubs or public conveniences to change his bags whilst out on his bike. Tim said he never got caught short in the wilderness.

Tim's Top Tips for other Cyclists

“My top tip would be just to get out there and do it. Don’t be prohibited by your stoma – there’s no reason you can’t get back out on the bike again, and if you’ve never cycled before there is no reason why you can’t give it a go.

"I was initially concerned that sweating might make my bag fall off, but this wasn’t the case – it was secure the whole time and never caused me any problems.

“Other people with a stoma may be afraid of the bag being noticeable, but my view is that others don’t really notice it anyway, you’re usually more aware yourself. I would say it’s just a case of finding the right thing for you. My close friends and work colleagues new I had a bag, which helped, I never felt embarrassed or judged because of it."

He was mindful of staying hydrated on the bike “I was very sporty before the operation and was used to taking on a lot of fluids, even though I do perspire a lot I knew my own hydration levels and always found it okay.

“I'd really stress the importance of keeping hydrated. I never really had an issue with dehydration as I was exercising a lot and always had a water bottle with me but I know many others do.”

Can I go cycling with a stoma?